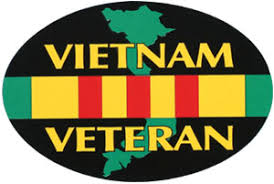 Somewhere in the mid 1990’s after going to the High Ground, and eating a free Memorial Day dinner at Thuy Smith Parent’s Vietnamese restaurant (put on by Thuy’s parents and Thuy’s organization TSIO, I was able to say in my mind that I am a Vietnam Veteran. My experience in Son Tinh did not fit the film version of the war nor was it reflected in the publications advertised. I had given annual presentations in high school history classes in the school district where I worked, I had given addresses at November 11 ceremonies, but I always felt that I was something short of a “true Vet”.

On the 30th anniversary of my service in Vietnam, I returned and traveled with my daughter from the delta to Hanoi. Returning to Son Tinh and replacing the 30 year images in my head with a new reality was some how psychologically releasing. The most emotional occurrence was  the visit to Mi Lai in Son Tinh district. After viewing the photographs, and reading some of the names and ages of those  killed, I realized how much I had been spared. I realized that I was no different than any of the soldiers who participated in that operation. And I realized that it is war which creates the situations like this. I could have been there, someone else got that assignment. I was given an assignment in which I was able to develop friendships with the Vietnamese people. The emotions were for those that died, but more for those young soldiers who were placed in impossible situations.

I think a soldier only can “return to Nam” one time. It is during a first trip back to Vietnam that returning veterans come back to that other time. While being in Vietnam in 2000, I acquired new images which are somehow more vivid and real than those 30 years previous. The return to Nam put to rest a part of my past.

I served on the Board of Directors for the nonprofit organization Thuy Smith International, in which Thuy heads. I joined because the vision which she has for the organization, is about healing for all involved with the Vietnam war.  In 2010 I returned to Southeast Asia, Cambodia, Laos, and Vietnam. While in Vietnam I traveled with Thuy and another member of the organization (Vietnam Veteran). I once again felt blessed to be back in Vietnam and this time to participate in the mission of Thuy Smith International Outreach.